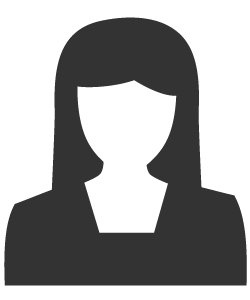 Australia has very high standards for food hygiene which is why it is very challenging to run a food processing plant in Australia. It is worth all of the challenges though because the fact that a company has been able to make a food product in Australia becomes a sign of very high quality. This blog has some tips from manufacturing experts and professionals on how to get a food processing plant in Australia to meet the relevant national and state quality standards. I hope it is useful for anyone who is looking to start or upgrade their current food manufacturing business.

Flagpoles are subjected to severe conditions such …

Motor oil has been used for over a hundred years i …

Business owners sometimes use graffiti to create a …

Steel Fabrication: How to Choose the Right Finishing Process for Your Steel Products
27 November 2019

Although it is the final step in the steel fabrica …

When it comes to metal fabrication, steel happens …

Most photocopiers use an electrostatically charged imaging drum to produce copies of what they have scanned. Some laser printers also make use of this technology, known in the industry as xerography. The drum used in printers and copiers is electrically charged in certain areas that correspond to the dark parts of the image that is to be created. A negative charge is applied elsewhere. When toner, a fine powder, is poured over the drum, it matches the electrostatic image on the drum. After this, a paper is passed around the drum and heated so that the toner sticks to the paper and is fixed in place. The paper is then passed on through the system. Crucially, the electrostatic charge that has been applied to the drum is dropped, allowing for an entirely new image to be generated.

Affording a very high-quality finish, powder coating is a method of covering items with a paint-like covering that is hard-wearing and even in appearance. When the powder is sprayed onto a workpiece, it is electrostatically charged, which means that it will cling on in a very strong fashion. Unlike wet spray painting, this means that a very regular finish can be obtained without the need to keep passing the spray gun back and forth many times. Powder coated products come in a huge variety of forms and are particularly effective with things that will be used outside, such as architectural columns, street furniture and vehicles.

Electrostatics lie at the heart of Van de Graff machines, which separate charges and generate potential differences in the range of volts being used. Silk is used to create a flexible belt which literally transports the charged ions from positive to negative. Many are used to demonstrate charge leakage through a sphere which can be touched, creating an attractive corona discharge.